(CNN) -- Yes, safaris are great and the beaches are diverse and dramatic. But an Africa getaway doesn't just have to be about 4X4 game drives or lazy strolls on cotton-soft sands by crystal blue waters.

If you're looking to soak up the continent's breathtaking scenery, and have an eye for adventure, then there's only one place to be: at the top.

From the snow-capped peak of Kilimanjaro, through the forest-clothed slopes of Mount Kenya, to the Alpine meadows of the High Atlas Mountains, Africa's magnificent rooftops offer glorious views and a wide range of trekking experiences that appeal to all kinds of climbers, from hardcore mountaineers to weekend warriors and families.

"It's the terrain and the ability to combine a wildlife experience with the climb," says Sunit Sanghrajka, president of U.S.-based travel group Alluring Africa, explaining what draws outsiders to the continent's mountainous areas. "Also, Africa being kind of distant and lesser known, there is an allure to it," he adds.

Sanghrajka says the continent's growing political and economic stability, coupled with improvements in communications and airlift, have all helped attract more and more tourists in recent years.

"The overall interest in Africa has grown exponentially, especially from the U.S. market," he says.

Here, Inside Africa picks seven of the best treks and hikes from across the continent. 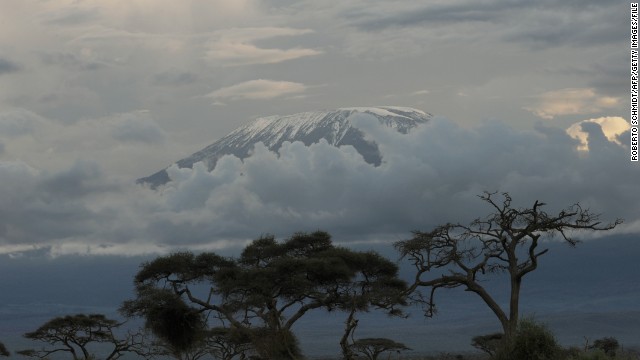 Make it to the summit of Tanzania's 5,895-meter Kilimanjaro, and you'll be standing at Africa's highest point. The majestic mountain is Africa's most-visited trekking destination, attracting tens of thousands of tourists and adventurers every year.

"You don't have to be a technical climber to climb Mount Kilimanjaro; you just need to be pretty physically fit," explains Sanghrajka. "We've had more people requesting Kilimanjaro in the last three or four years because it's something they feel is attainable -- it can be combined with a family vacation and that's why I think it's so popular."

There are six routes to choose from, each with varying degrees of difficulty, scenery and success. No special equipment is required.

On the way to the "Roof of Africa," you will travel through five different climactic zones, reaching arctic cold temperatures around the glaciers that cap Kibo, Kilimanjaro's summit.

You'd better hurry, though, as climate change experts say that the ice and snow in the mountain's upper slopes are melting and could disappear within decades. 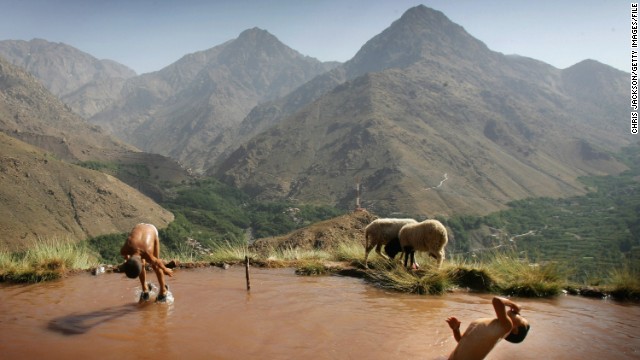 The High Atlas is an impressive mountainous range in central Morocco that hosts North Africa's highest peak, Mount Toubkal, at 4,165 meters. There's a variety of routes to follow during your ascent but inexperienced climbers should note that the trek through the mountain's challenging terrains is quite demanding.

Passing though the rugged landscape you'll get the chance to explore spectacular gorges and rolling valleys as well as encounter the local Berber people who've inhabited these tough terrains for centuries.

The best time to climb the High Atlas is during the summer months. 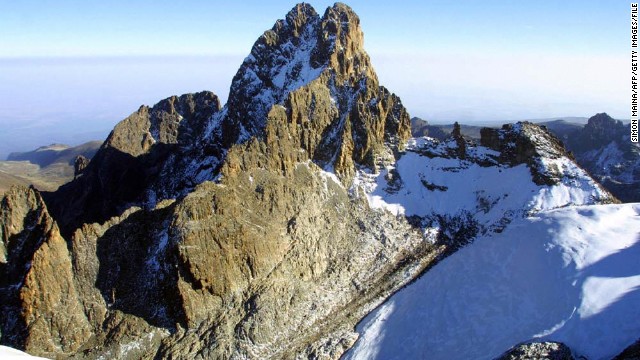 The ascent, however, to the mountain's steep ice-capped peaks is quite challenging. "Mount Kenya is the most technical, probably, in that East African area," says Sanghrajka.

At the mountain's crest, temperatures rarely rise above freezing point. There are several routes on the way to the mountain's summit, the majority of which take between three and seven days to complete. 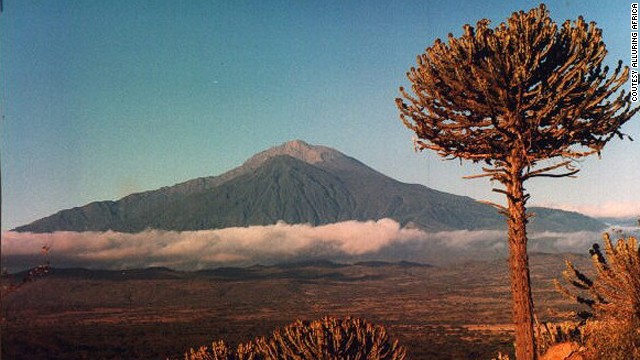 Mount Meru may forever be destined to exist in the shadow of its imposing neighbor, Kilimanjaro, but Tanzania's second-highest mountain (4,565 meters) has its own devotees.

"It's lesser known, but Mount Meru is for the true enthusiast who wants to experience what very few people actually do," says Sanghrajka.

A beautiful volcanic cinder cone, Mount Meru will treat you to stunning views and diverse wildlife. Its slopes are coated with dense rainforest up to about 2,900 meters, which then give way to rocky areas.

Mount Meru is often used by mountaineers for acclimatization before trekking Kilimanjaro, or by those wanting a trek with the local Massai. 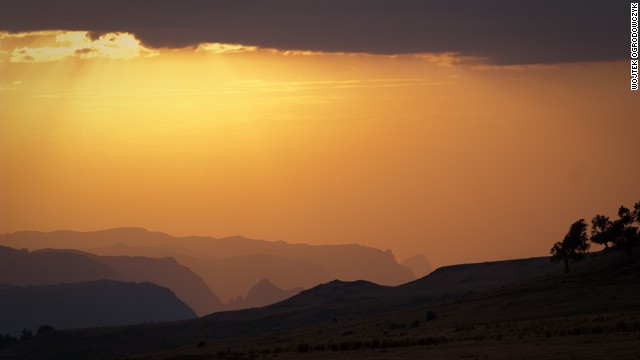 With its stupendous rock-hewn churches and medieval castles, northern Ethiopia's rich cultural heritage has long attracted tourists from around the world. But visitors to the area are also increasingly being drawn to the spectacular Simien Mountains, a natural marvel where several jagged peaks of solidified lava are separated by deep valleys to form an overwhelming landscape.

The mountains are also home to some of the world's rarest animals, including the walia ibex, which is not found anywhere else in the world. Since 1978, the region's national park has been recognized as a UNESCO World Heritage site. 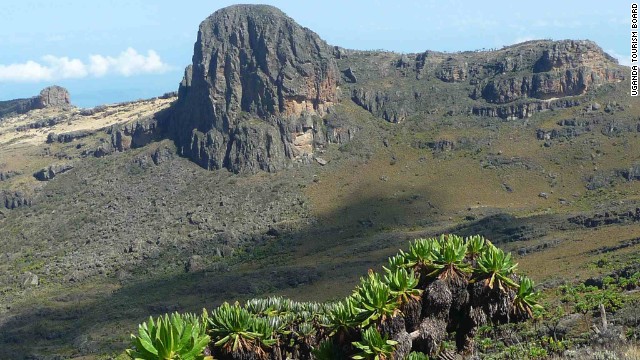 Mount Elgon is a magnificent extinct volcano dominating the skyline along the Uganda-Kenya border. Its enormous crater is surrounded by several jagged peaks, including Wagagai, which is the highest point at 4,321 meters.

Here you can explore ancient caves and zip past spectacular cliffs, over which Mount Elgon's streams cascade as dramatic waterfalls. Elgon's slopes are covered in ancient dense forests and bamboo belts which then give way to a spectacular moon-like moorland zone blanketed by tree heaths, massive groundsels and lobelias.

There are several routes to the mountain's peaks, and the full trekking circuit takes up to five days. A descent into the vast caldera, at 40 kilometers long and 8 kilometers wide, is also a must. 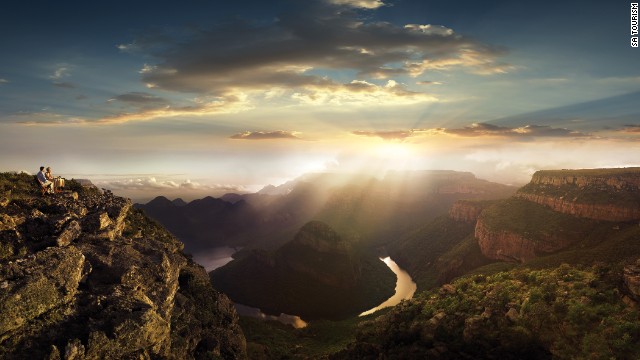 The Drakensberg is a vast mountainous range in South Africa, Lesotho and Swaziland, rising to 3,475 meters and stretching for some 1,125 kilometers.

The giant mountains are ideal for both casual day hikes through indigenous forests and more serious expeditions along tough terrains and rocky terraces. They also host several game reserves and parks, attracting thousands of tourists every year.

"A lot of people like to go and hike there because it's absolutely stunning," says Sanghrajka. "The scenery is fantastic."

Text by CNNGO
We also reccomend

26 of the Most Stunning Spots in Africa According CNN – Mauritius Isn’t There
With its expansive landscapes and formidable animal life, the world's second-biggest continent is arguably the best for photographers.

15 of Africa's Favorite Dishes According to CNN Travel
From Morocco's b'stilla to South Africa's bunny chow, don't leave Africa without sampling at least a few of these exquisite foods

Open University Wants to Settle in five African Countries in 2014
The Open University Mauritius (OUM) eyeing on the African continent. This university distance education account in 2014 to settle in five countries of the Black Continent.
Tags:
africaEthiopiaKenyaLesothoMoroccomountainssouth africaSwazilandTanzaniaUganda