Terror Plan Was to Kill Belgian Police on the Streets, in Stations, Prosecutor Says

The plan was to gun down law officers in Belgium's streets or at police stations, possibly disguised in police uniforms themselves.

But police stopped suspected terrorists in the city of Verviers in a raid Thursday night just before they were about to strike, Belgium's federal prosecutor said Friday. "Could have been hours, certainly no more than a day or two," Eric van der Sypt said.

Officers killed two suspects, and wounded and arrested a third in Thursday's operation.

Like the Paris killers a week before, the three suspects had been spotted dressed all in black. They carried large duffel bags outside of a former bakery, a Western intelligence source said. The bakery may have been their lair.

Belgium is putting 150 troops on standby for deployment in light of the increase in the country's terror threat level, Belgian Interior Minister Jan Jambon said Friday. It has not been determined where they will be deployed, he said.

On Friday a Western intelligence official warned of Islamist terrorist sleeper cells that may be activating across Europe. 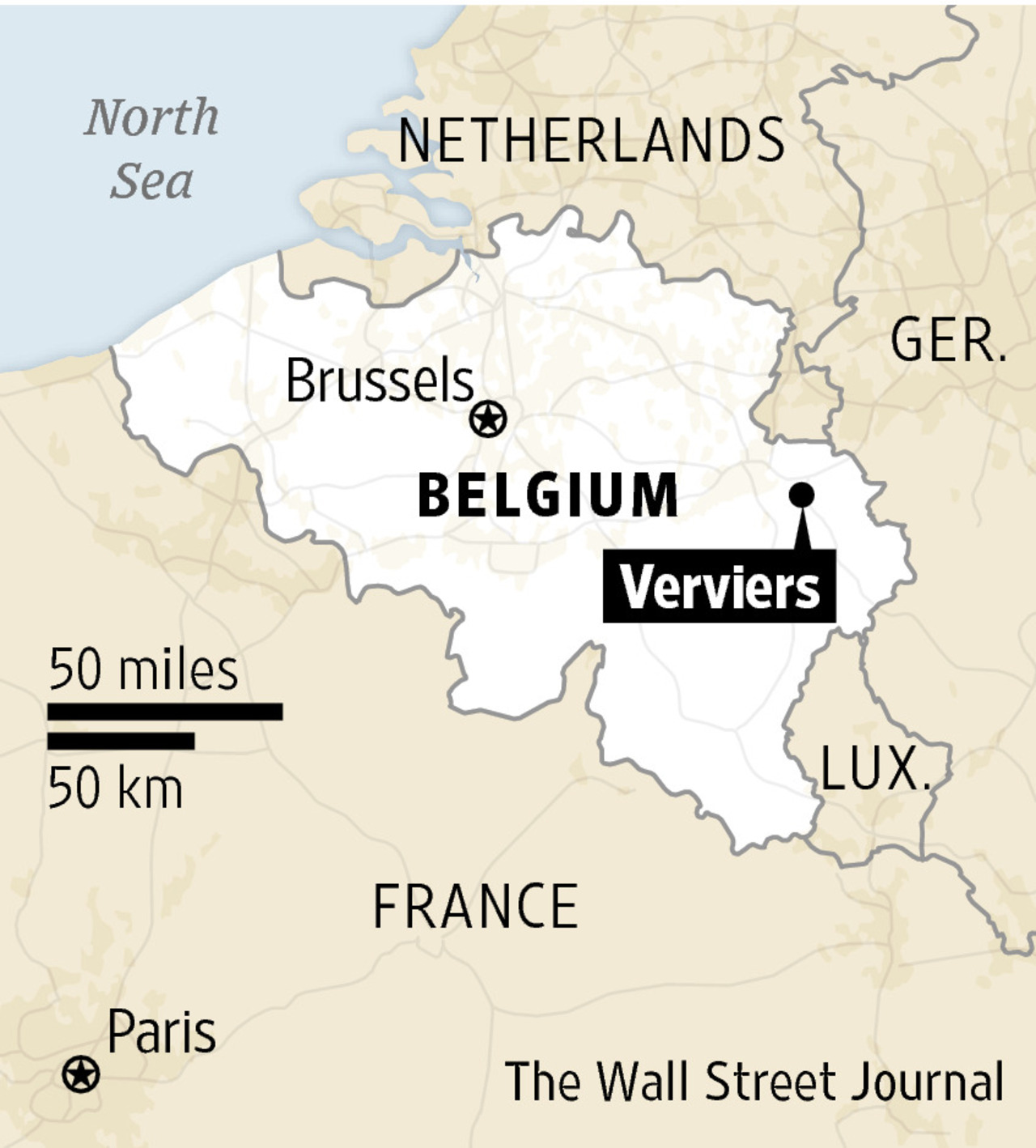 And overnight, police fanned out across Belgium in 12 raids, where they arrested 12 people in various cities, including the capital, Brussels, van der Sypt said. They got everyone on their list.

But that doesn't mean there won't be more arrest targets in the future.

In France, police also made 12 arrests on Friday in last week's slaying of 17 people -- at satire magazine Charlie Hebdo, a kosher store and during a police stop. Two of those arrested were Belgians and will be extradited, van der Sypt said.

But there does not appear to be any connection between the shootings in Paris and the terror plans in Belgium, he said.

Van der Sypt would not name those arrested nor the dead suspects in Verviers.

The fear of terror was already high in Western Europe after the bloodbaths in France that followed multiple threats of attacks from ISIS and al Qaeda in the Arabian Peninsula. AQAP has also claimed responsibility for the Paris slayings.

After the Belgium police raid, intelligence officials in neighboring nations spoke of a possible mobilization of terrorists living within their borders.

Up to 20 sleeper cells

The current potential for new attacks could involve up to 20 sleeper cells of between 120 to 180 people ready to strike in France, Germany, Belgium and the Netherlands, said the intelligence source, who spoke on condition of anonymity.

The European Union and Middle Eastern intelligence agencies identified an "imminent threat" to Belgium, possibly also to the Netherlands, the source said Thursday. But the Dutch Security Ministry threw water on the notion on Friday, saying there was no concrete threat.

The threat level category of "substantial" has remained unchanged in the Netherlands since March 2013, said spokesman Edmond Messchaert.

Belgian authorities are currently carrying out additional operations in other cities, a Belgian counterterror official said.

In neighboring Germany, police in at least two cities arrested men they accuse of supporting jihadis in Syria. These suspects did not appear to be planning homegrown attacks, German authorities said.

Men claiming to be ISIS terrorists and speaking French promised new attacks in France, Belgium, Germany and Switzerland, in an online video found on Thursday. ISIS has said it would lash out at European countries participating in bombardments in the Middle East.

More than 3,000 Europeans have left to fight in Syria in recent years. Authorities fear they could return and carry out attacks at home.

British intelligence has also warned another Islamist group in Syria was planning "mass casualty attacks against the West," an apparent reference to the Khorasan group.

The whole town of Verviers must have heard the explosions and the gunfight between police and the alleged terrorists on Thursday, resident Frederic Hausman thinks.

With 56,000 inhabitants, the quaint city lies a little off the beaten path in eastern Belgium, the last stop before open farm fields and forest. Like many European towns, it's densely built. People live close together.

The suspects opened fire with multiple weapons as soon as the raid kicked off, said prosecutors' spokesman Thierry Werts.

"I can hear it. Everybody can hear it," Hausman said. "In this little city, everybody heard the sound." From his window, he could see police firing assault rifles at a nearby house.

Another explosion. Smoke rose. Glass shattered. People shouted. Hausman recorded it, and posted it on YouTube.

Verviers is home to many people with Moroccan roots,according to a study by the nearby University of Liege. Immigrants make up more than 11% of the population with the largest contingency coming from other European countries. Moroccans are the next largest group.

Unemployment was already at 20% in the town before the economic crisis struck.

Verviers is about 69 miles (111 kilometers) east-southeast of Brussels and 200 miles (322 kilometers) northeast of Paris.

The raid was a dramatic culmination in a chain of Belgian police investigations into an alleged terror cell that included people returning from Syria, Werts said.

Police had arrested, questioned and searched Neetin Karasular, a Belgian suspected arms dealer allegedly aligned with ISIS and suspected of providing weapons to Amedy Coulibaly, the man who attacked a Paris kosher supermarket.

Karasular knew Coulibaly's wife, Hayat Boumeddiene, who is also a terror suspect in France. Karasular's lawyer Michel Bouchat said his client was facing local firearms charges and had no connection with any jihadi groups or terror plans.

In the process, police turned up names that solidified their suspicions about known persons, the Western intelligence source said.

On the weekend, they arrested two more men at the Charleroi airport -- as they returned from Syria -- squeezed them for information then decided to act quickly, the source said.

"The investigation made it possible to determine that the group was about to carry out major terrorist attacks in Belgium imminently," Belgian prosecutor spokesman Werts said.

Authorities believed the suspects in Thursday's gun battle had been providing documents and weapons to men returning from Syria, the intelligence source said. A senior Belgian counterterrorism official told CNN that the alleged terror cell is believed to have received instructions from ISIS.

The raid was set before the background of the terror trial of dozens of men suspected of recruiting jihadists or trying to go to Syria to fight themselves. An Antwerp court was to return verdict this week but postponed it due to the Paris attacks.

One Suspect Dead, at Least One Still at Large After Brussels Terror Raid
At least one suspect is still at large after an anti-terror raid by Belgian and French police officers investigating November’s Paris attacks was met with heavy-weapon gunfire that left four police officers wounded.

2 Explosions at Brussels Airport, Reports of Dozens Injured
Dozens of people have been stretchered out of the airport in Brussels after two explosions occurred there earlier on Monday, according to eyewitnesses.

No Sign of Paris Suspect in Belgium Raids as Brussels Remains Under High Alert
Brussels remained under extremely heavy security Monday after police carried out raids around the Belgian capital amid warnings of possible terrorist attacks similar to those that killed 130 people in Paris 10 days ago.