afghanistanterrorism
At least 19 people have been killed and several hostages held as heavy fighting continues at the airport in the Afghan city of Kandahar, officials say.

The Taliban said it carried out the attack at the heavily fortified airport on Tuesday evening. They are holding hostages in homes and at a school.

Officials said the attackers had managed to breach the first gate of the complex in the southern city.

Gunfire can still be heard around the airport complex on Wednesday, officials say. All flights have been cancelled.

Correspondents say the attack is a huge security failure because the attackers were able to smuggle weapons into an area supposed to have been made secure by the Afghan National Security Forces (ANSF).

The Taliban have said the attack had been carried out by "martyrdom seekers" who entered the airbase undetected at dusk on Tuesday to begin a "thunderous attacks on foreign and hireling personnel".

Kandahar army commander Sher Shah told reporters that radio intercepts had made clear that some militants were speaking in Urdu - a language more commonly spoken in neighbouring Pakistan.

Officials said the attackers had met heavy resistance from troops inside, with local authorities reportedly deploying commandos to the area.

An unconfirmed statement by the Taliban claimed that they had killed up to 80 soldiers, though this figure could not verified.

Raziq Shirzai, the Afghan air force commander in the southern region, told the BBC that there were some civilians among the dead and wounded. At least 20 people have been injured.

It was unclear early on Wednesday if any militants had been killed.

Kandahar airport director Ahmadullah Faizi told AFP some passengers waiting to board a commercial flight to India had been trapped inside the airport's civilian terminal, at some distance from the fighting, during the attack.

The incident comes as Afghan President Ashraf Ghani visits Pakistan for a regional conference attended by Pakistan, India and the US where they are expected to discuss peace talks with the Taliban.

Militant violence has increased across Afghanistan since the departure of most Nato and US forces last year.

In recent months the Taliban has seen a series of battlefield victories, including briefly capturing the northern Afghan city of Kunduz. 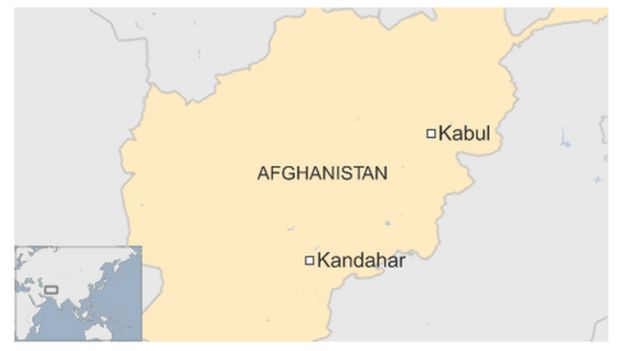 At least 235 people were killed and another 109 injured in an attack on a Sufi mosque in Egypt's North Sinai region on Friday, Egyptian state-run media reported, in what appears to be the deadliest terror attack on Egyptian soil.

London Bridge attack: 11 detained after raids, attackers to be named

British police are expected to name the men behind Saturday night's terror attack in London, as authorities worked to establish whether they were part of a wider network.

A powerful vehicle bomb has hit the diplomatic area of the Afghan capital, Kabul, killing at least 80 people and injuring 350.

An asylum seeker detained by police after a large truck was rammed into a Christmas market in Berlin may not have been the driver, Berlin police said.