Coronaviruscruise shipDiamond Princessjapan
Japanese authorities are racing to contain a possible outbreak of the Wuhan coronavirus after it was revealed that an infected passenger flew into Tokyo and spent a few days aboard a Princess Cruises ship, forcing authorities to lock down the vessel and quarantine thousands of people on board.

The ship, the Diamond Princess, ended its planned 14-day itinerary early and is currently docked off the coast of Yokohama, not far from the Japanese capital. Medical officials are going room-by-room to check each guests' temperature and medical condition, Japan's health ministry said in a statement. Several passengers have reported feeling ill, and the tests to check if they contracted the virus will take four to five hours, the ministry said.

Passengers and crew will now be required to stay on board until at least Tuesday night.

There are 2,666 guests and 1,045 crew members on board, Princess Cruises said in a statement.

Japan has previously reported 20 cases of the novel coronavirus, all unrelated to the cruise.

Though Japanese officials have moved quickly to respond to this case, it has renewed concern about just how easy it could be for one patient who is unwittingly carrying the virus to pass it on in an increasingly globalized world where millions of people travel at ease.

Health authorities say patients can be infectious even if they are not presenting symptoms. The incubation period is believed to be about 14 days. However, researchers are still working to determine whether the Wuhan coronavirus can spread via what's known as the fecal-oral route, an important factor in determining just how infections the virus is, said Dr. John Nicholls, a clinical professor in pathology at the University of Hong Kong.

However, Nicholls cautioned against panic because there are just too many unknowns surrounding the Wuhan coronavirus and this case to determine how widely one individual could spread the virus.

"These days, you can fly anywhere, so there's going to be more chance that isolated cases my come up in other countries," Nicholls said. "At this stage there's no evidence of wide spreading in other communities."

The man who tested positive for the virus is an 80-year-old from Hong Kong, the semiautonomous Chinese city said in a statement. The infected patient had not been to healthcare facilities or seafood markets, nor had he had exposure to wild animals during his incubation period -- meaning he likely contracted the virus from another human. The man visited mainland China for "a few hours" on January 10, the statement said.

The man flew into Tokyo -- the world's most populous city -- on January 17 with his two daughters, and two days later said he began developing a cough, Hong Kong authorities said. He boarded the cruise in Yokohama on January 20, and when it stopped back in Hong Kong on January 25, part of its pre-planned itinerary, he got off and never returned. He sought medical attention on January 30 and was diagnosed with the virus shortly after. He is currently in a stable condition.
Princess Cruises, which is owned by the Miami and London-headquartered Carnival Corporation, said in its statement that the man did not visit the ship's medical center.

It's also unclear how many passengers may have disembarked early. The Japanese health ministry said it is tracing people who may have disembarked in Okinawa, the cruise's second-to-last stop. The ministry is also investigating the infected patient's movements during his time in Japan but must rely on authorities in Hong Kong for information since the patient is there, authorities said.

Cruise lines are more at risk of the spread of any virus because the vessels have so many people living in such close quarters. Eight international cruise liners reported outbreaks of norovirus -- a contagious stomach bug that causes vomiting and diarrhea -- in 2019, according to the CDC. Norovirus can be transmitted the fecal-oral route.

Some 6,000 passengers on a cruise ship in Italy were quarantined last week after two guests were suspected of having the Wuhan coronavirus. Italy's health ministry said tests revealed the duo had a different flu virus, not the coronavirus that has spread through China.

Several cruise lines have announced measures aimed at stopping the spread of the virus. Princess Cruises and Carnival Cruises have all enacted controls barring guests from ships if they have traveled from or through mainland China in the 14 days prior to the departure date of the cruise. Royal Caribbean took similar action, but extended the date to 15 days and also included Hong Kong as well as mainland China.

The novel coronavirus has infected more than 20,000 people in the two months since it has been identified, and killed 427 people -- 425 people in mainland China, a Chinese man in the Philippines and a 39-year-old man in Hong Kong, who died Tuesday.

The vast majority of the cases have been confirmed in Hubei province. Its capital, Wuhan, is believed to be the epicenter of the outbreak. The city has been essentially locked down and about 60 million people throughout Hubei are under some sort of travel restriction to stop the spread of the virus.

More than 185 cases have been confirmed in over 25 places worldwide, prompting countries and airlines around the world to place varying levels of travel restrictions on China.

The most stringent appear to be in the United States, banning all foreign nationals who have entered China in the last 14 days. Washington has faced criticism for its move at home and abroad. Some, like Chicago Mayor Lori Lightfoot, have called the Trump administration's guidelines opaque and confusing. Beijing also slammed the US decision as an overreaction that would feed into mass hysteria about the virus.

"The US government hasn't provided any substantial assistance to us, but it was the first to evacuate personnel from its consulate in Wuhan, the first to suggest partial withdrawal of its Embassy staff, and the first to impose a travel ban on Chinese travelers. All it has done could only create and spread fear, which is a bad example," Foreign Ministry spokeswoman Hua Chunying said Monday.

Hua also said the US decision to bar foreigners who had been to China in recent days was likely a violation of their civil rights and was rejected by the World Health Organization (WHO).

The WHO said last week that it was advising countries to enact "measures to limit the risk of exportation or importation of the disease," but without what it called "unnecessary restrictions of international traffic."

Though the virus has proven deadly and dangerous, it has taken far fewer lives than the seasonal flu, experts say. The US Centers for Disease Control and Prevention (CDC) estimates 10,000 to 25,000 people died of flu in the US from October 1, 2019 through January 25. 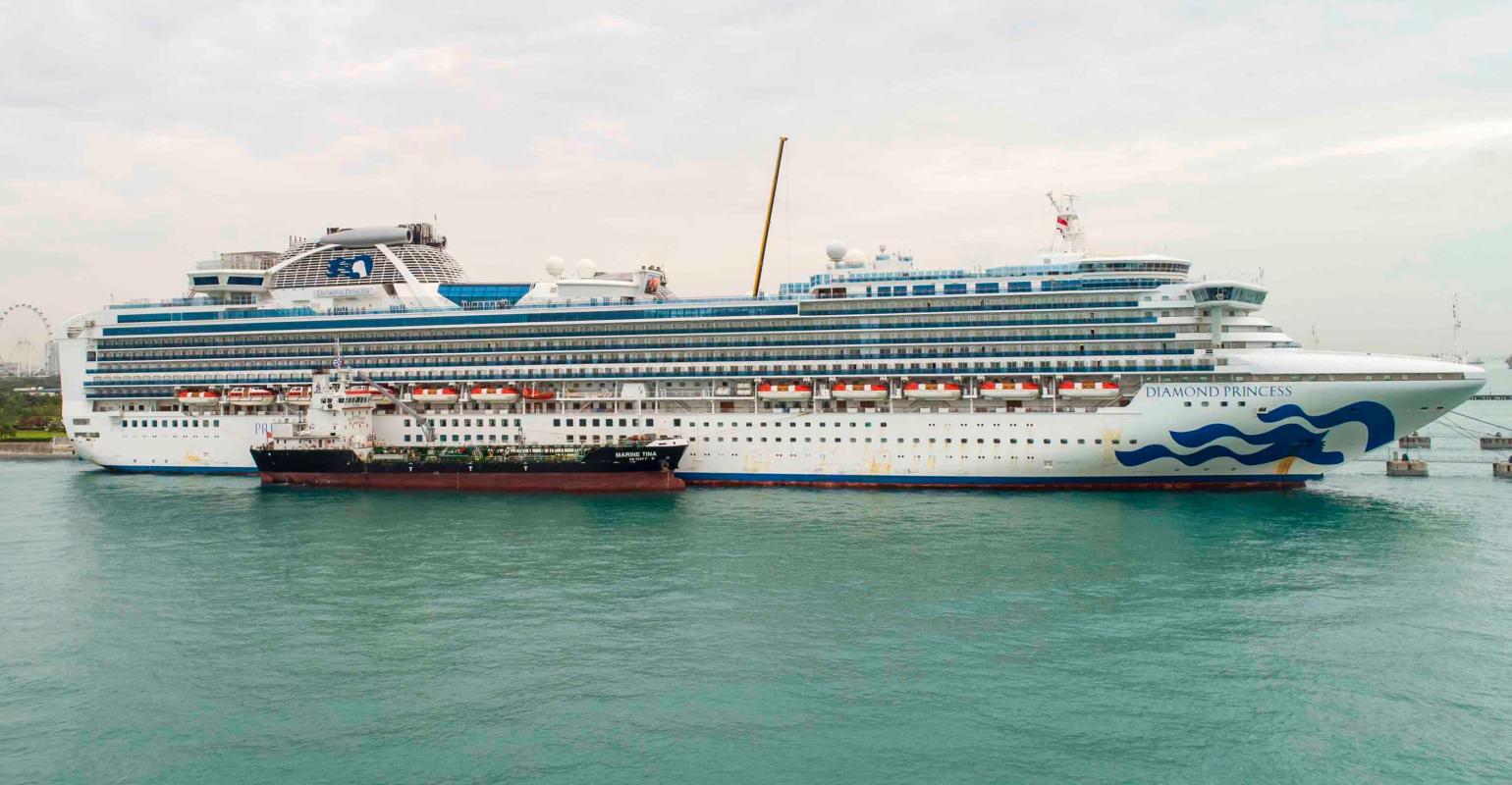 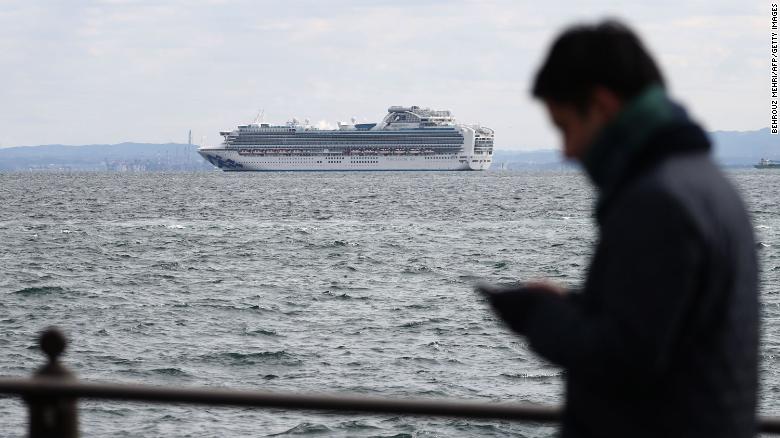 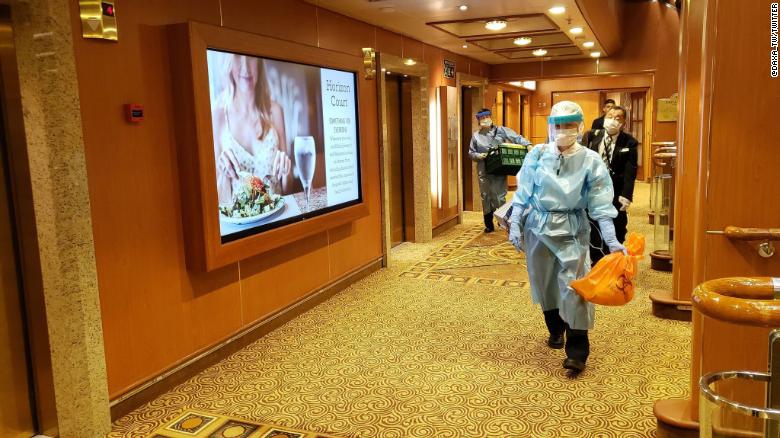