Tablets in 2013, What to Expect: The Next Nexus, iPad 5, iPad Mini 2 and a Wealth of Windows Tabs

Google entered the tablet market with not one, but two tablets, both of which offered the compelling combination of great specs and low prices.

Apple launched two full-sized iPads and the iPad mini, and even Microsoft got in on the game, with the first batch of Windows 8 and Windows RT tablets, such as the Microsoft Surface.

Not much is yet known about what will come next year, but a lot can be deduced - or at least guessed, based on what we've already seen.

It doesn't seem too much of a stretch to imagine that Google will unleash a new wave of Nexus tablets at some point in the year.

Their Nexus phones have all been spaced roughly a year apart and much of the rest of the industry seems to work in the same way.

The Nexus 7 was announced at Google I/O in June and released the following month.

If the same thing happens again we could have a new Nexus tablet in as little as six months, though bear in mind that the Nexus 10 was only released in November.

The Nexus was a huge hit for Google; can they keep that momentum?

What we may get is a new Nexus 7 (or whatever Google choose to call it) in the middle of the year, along with a tweaked version of the Nexus 10 with 3G capabilities, since the Nexus 7 already has that.

Then towards the end of the year we might get a whole new Nexus 10.

Since the two were launched a good few months apart in 2012 it's entirely possible that the same will hold true next year, but one way or another we're pretty confident that there'll be a new version of each of them before the year is through.

So, what can you expect from them?

Well, even more cores seem likely for a start. ZTE and Samsung are already talking about handsets with a whopping eight cores and Google's flagship devices don't normally skimp on specs.

They're also likely to coincide with a new version of Android, as new hardware is always the best way to show it off.

That's thought to be Android 5.0 Key Lime Pie, and if that '5.0' sticks you can expect some pretty big changes or additions compared to the last two versions (Android 4.1 and 4.2), which more just refined what we already had.

We can also tell you something that you aren't likely to see - a microSD card slot. For whatever reason Google have shunned the feature from all of their Nexus devices to date, and there's no reason to think they'd start incorporating one now.

It's an odd decision, as for some people that expandable storage is one of the key selling points of Android devices, but it's one they've stuck with so far. 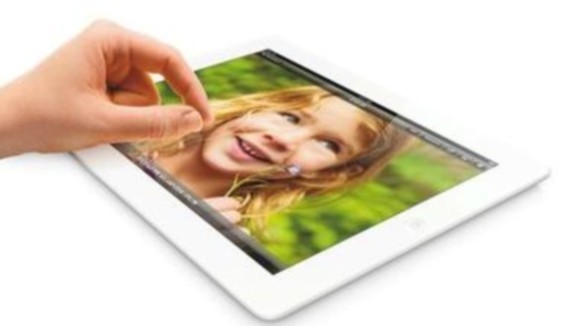 This one's a given - Apple release a new iPad every year - and in fact last year they released two! Three if you count the iPad mini.

Despite the iPad 4 only just having launched, the wait for a new iPad might not be long, as it's rumoured that the iPad 5 might even appear early in the year and display a slimmer, lighter form factor, more in line with the iPad mini.

The iPad 4 merely got a spec boost, expect a new form factor on the iPad 5

Apple isn't likely to forget about the iPad's little brother either and it's a pretty safe bet that we'll see the next iPad mini launched in 2013.

In fact, the first one might have only just been released but there are already rumours about the iPad mini 2.

It should come as absolutely no surprise that the biggest addition is likely to be a Retina display or something similar, bringing the display up to a rumoured 324 pixels per inch.

After all, just about every other Apple product has a Retina display and the screen on the iPad mini was one of the few bad things about it.

There's no release date yet but expect it sometime in the latter half of 2013.

There's a good chance Apple will roll out iOS 7 to go with their shiny new tablets, and while literally nothing is yet known about that, you could always check out the 12 things we want to see.

Having ignored it for a long time, Microsoft is finally making a big play for the tablet market. They've launched not one, but two tablet-friendly operating systems in the form of Windows 8 and Windows RT, and Microsoft's own Surface tablet has already launched.

Next year should see a host of new Windows tablets from other manufacturers. We already know about a bunch of them, from the Lenovo ThinkPad Tablet 2, to the Acer Iconia W700.

But that's just the beginning.

CES 2013 is just around the corner and it's not unlikely that manufacturers will use the opportunity to announce new Windows tablets.

Just don't expect a keynote from Microsoft - 2012 was its last. Any big news from Microsoft themselves is unlikely to come before its 'Build' event towards the end of the year. 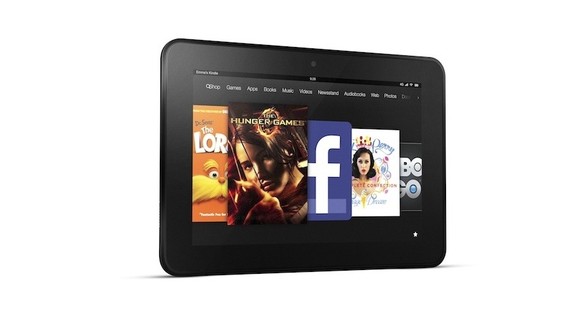 Amazon are having quite a lot of success with their Kindle Fire line, so expect the 3rd generation Fire to launch sometime next year, ready to go head-to-head with the new Nexus.

There is likely to be an increasing number of low-cost, high-spec tablets available from other manufacturers too.

Asus are rumoured to be working on a low-cost 7-inch slate and other companies will probably look to release budget devices of their own in order to stay competitive.

Amazon led the charge in the affordable tablet march; don't expect them to back down now

With Blackberry 10 launching in January there's every chance that RIM will make another play for the tablet market too. Whether they'll have any more success than with the ill-fated Blackberry Playbook remains to be seen.

With all this, and probably a few surprises besides, it looks set to be one of the biggest years yet for tablets, and we'll bring you coverage of it all as it happens.

Text by Techradar
We also reccomend

Stagefright Exploit Reliably Attacks Android Phones
You may know that the Stagefright security flaw is theoretically dangerous, but it hasn't been that risky in practice -- it's just too difficult to implement on an Android device in a reliable way.

So, when will your device actually get Android Oreo?
Google officially just took the wraps off of Android Oreo, but there are still some questions left to be answered — most notably, precisely when each device will be getting the latest version of the mobile operating system. Due to Android’s openness and a variety of different factors on the manufacturing side, it’s not an easy question to answer, but we’ll break it down best we can.

Google’s Android Phone app now identifies spam callers
There’s nothing worse than answering a call from a number you don’t recognize and getting locked into an awkward sales or marketing call. Well, those incidents may be less frequent for many after Google added spam call detection to its phone app for Android.

Google Maps for Android gets Wi-Fi-only mode and SD card download option
Google is making its Maps app more accessible to users in emerging markets with two nifty features for the Android version of the service.
Tags:
androidgoogleiPadnexustabletswindows