Lone Gunman Pronounced Dead at Hospital, Along With Two Hostages

The 16-hour siege of a Sydney cafe ended with three people dead, including the lone gunman whose Islamist rhetoric raised fears in Australia about the threat posed by radicalized individuals with no clear links to organized terror groups.

Police stormed the Lindt Chocolate Café in the heart of this city’s business district behind a barrage of gunfire after hours of fruitless negotiations, during which most of the captor’s 17 hostages managed to escape. Two hostages—a 34-year-old man and a 38-year-old woman—were killed during the siege. Police, who said the raid was triggered by the sound of gunshots, didn’t say whether the victims’ wounds came from the gunman himself.

“Unbelievably, overnight we have lost some of our own in an attack we would never think we would see in our city,” said Mike Baird, premier of New South Wales, Australia’s most populous state. 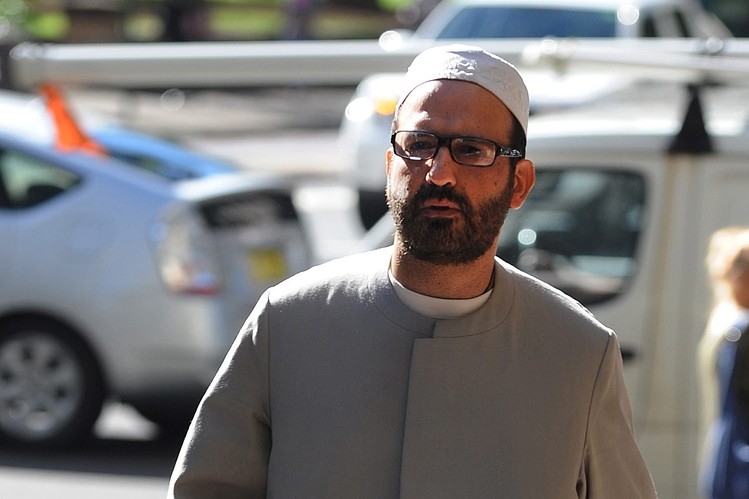 The gunman was identified as 50-year-old Man Haron Monis , a self-proclaimed Shiite cleric with a history of run-ins with Australian law enforcement.

One of the dead hostages was identified as Katrina Dawson, a 38-year-old lawyer and mother of three, who worked at Eight Selborne Chambers in nearby Phillip Street. New South Wales Bar Association President Jane Needham said Ms. Dawson was a devoted mother and “one of our best and brightest barristers who will be greatly missed by her colleagues.”

The second hostage who died was the 34-year-old manager of the cafe, Tori Johnson. “We are very proud of our beautiful boy Tori, gone from this earth but forever in our memories as the most amazing life partner, son and brother we could ever wish for,” said Mr. Johnson’s family in a statement.

Lindt Australia Chief Executive Stephen Loane said Mr. Johnson had been with the company for just over two years and was a dedicated professional who had built a great rapport with his customers and was much loved by the Lindt team. “By nature he was a perfectionist and he had a genuine passion for the hospitality industry and people,” Mr. Loane said in a statement on the company’s Facebook page. “He was a really important part of our management team in Australia and his loss is absolutely tragic.”

Tuesday morning, the city was reeling from the violence overnight. Flowers were laid in the pedestrian street near the cafe, along with toys and candles. Many passersby were in tears.

The brazen attack showed how countries such as Australia are struggling to counter threats by so-called lone wolf operators—individuals who are often shunned by local religious communities, attack with little planning and often make incoherent demands of authorities.

Two months ago, a man fatally shot a soldier at Canada’s National War Memorial before being killed inside the country’s parliament building, in a terror attack that shut down the capital city. Another attack in the U.K. in 2013 involved two men who hacked an off-duty soldier to death in public view on a London street. None was found to have a robust link to any terrorist group, despite their desire to align themselves with Islamist causes.

People who knew Mr. Haron described him as an outcast in Sydney’s Shiite community. His ideology appeared to be conflicted, as he identified himself as a Shiite but espoused the goals of the radical Sunni group Islamic State.

The Lindt cafe—a popular hangout for office workers and holiday shoppers this time of year—was close to the offices of Australia’s central bank and several big financial institutions, including Commonwealth Bank of Australia Ltd.

Inside, 17 people were enjoying a bright summer morning. Around them were stacked boxes of Swiss chocolates.

As Mr. Haron entered the cafe, the situation quickly changed. Police say he produced a weapon. Photos showed him wearing a black headband emblazoned with Arabic script. A staff member and another woman were forced to the front of the store, holding aloft a black flag printed with the Shahadah, a profession of Islamic faith.

Across Martin Place, a pedestrian street in Sydney’s financial district not far from the Sydney Opera House and the main ferry terminal, are the studios of Seven Network, the most popular television station in Australia. Morning television hosts turned outside and saw hostages appearing at the windows of the cafe.

For 40 minutes, their show carried a live broadcast of the siege, capturing fuzzy pictures of a man pacing inside the cafe through windows emblazoned with golden letters reading “Merry Christmas.”

Police poured into Martin Place. Soon, a 200-yard cordon was set up around the cafe. Nearby workers were evacuated, or locked into their buildings.

Australia has restrictive gun laws that ban certain semiautomatic weapons and force license applicants to show a “genuine reason” for owning a firearm, such as belonging to a shooting club or having an occupational requirement. Self-defense isn’t considered to be an adequate reason for possessing a firearm, and there is no constitutional right to bear arms like there is in the U.S.

Australia’s gun laws were tightened substantially in 1996 following the so-called Port Arthur massacre, when 35 people were indiscriminately killed by a gunman at a historic Tasmanian penal site turned tourist attraction.

Inside the cafe Monday, Mr. Haron was desperately trying to get someone to broadcast his thoughts and grievances. In his last online sermon published on what is believed to be his website on Oct. 6, Mr. Haron railed against moderate Muslims in a quasi-scholarly appeal for a staunchly literalist interpretation of the Quran.

“According to the Holy Quran, if we denounce one verse or one rule of the Holy Quran we are not Muslim,” his diatribe on sheikhharon.com read. “A member of the new religion of “Moderate Islam” is not a Muslim.”

But with media companies refusing to broadcast his message or meet his demands, Mr. Haron grew frustrated. His website was also swiftly taken down after he was identified as the assailant.

Mr. Haron ordered hostages to film videos inside the cafe and posted them online. Four YouTube videos appeared online, and Mr. Haron forced hostages to post them on their Facebook pages to gain wider coverage. The videos were quickly deleted. Copies of the videos obtained by The Wall Street Journal show female hostages making various demands on behalf of the hostage taker.

In one, Julie Taylor, also a barrister at Eight Selborne Chambers, recites a list of demands in exchange for releasing hostages. Behind her, a male hostage holds up a black Islamic flag. Among the demands was a meeting with Australia’s prime minister. Another was to have Australian politicians confirm the siege as an official Islamic State attack.

None of those demands was apparently met.

Antiterror experts said the attack looked erratic, with Mr. Haron seemingly unable to get a grip on how many people were in the cafe when it went into lockdown. That complicated the task of police negotiators drafted in to ensure a safe conclusion.

As the hours of the siege ticked on, an eerie silence descended on Martin Place. What had been a bustling site during the day, with mobs of onlookers gathering at the police tape to catch a glimpse of the siege, simmered down to around 200 people. Negotiators appeared to be buying time to allow investigators to figure out who they were dealing with, formulate a rescue plan, and potentially wear out the hostage-taker.

Just after 2 a.m., police said they heard gunfire coming from inside the cafe. At that point, special operations police stormed the front of the building, unleashing a sustained volley of automatic gunfire.

Andrew Balfe, an 18 year-old Irish national, who arrived in Sydney at the start of November, was visibly shaken by what he saw. “It was terrifying,” said Mr. Balfe, from Wexford. “The gunfire started and the whole building lit up.” 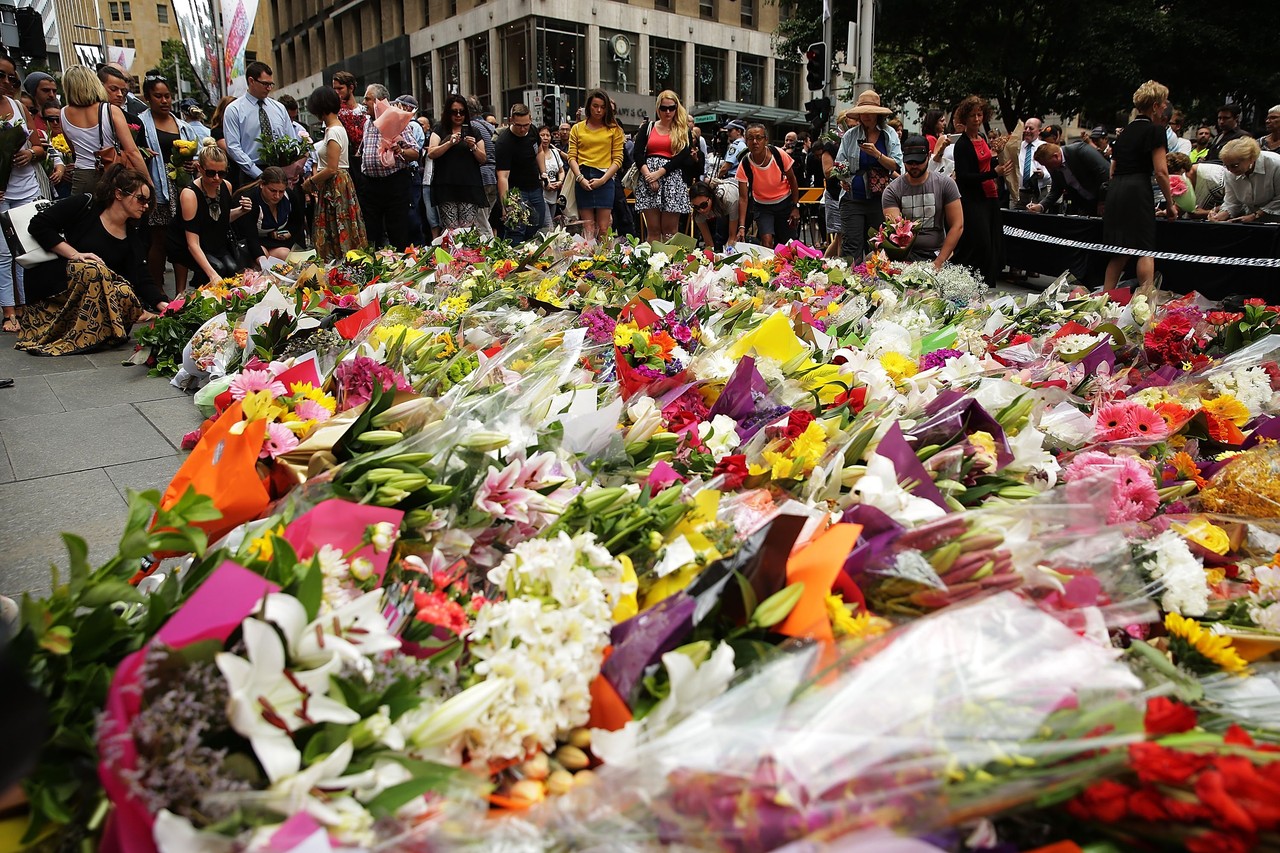 Cairns Deaths: Eight Children as Young as 18 Months 'Stabbed to Death' in Australian Home
Eight children have been stabbed to death in Cairns, plunging Australia into a new wave of grief as the country reels from a deadly siege in Sydney.

Afghan refugee shot dead after slashing attack on German train
A youth described as an Afghan refu­gee attacked passengers with an ax late Monday aboard a German commuter train, injuring at least four people before being shot and killed by police, authorities said.

Woman killed, five hurt in central London knife attack
A woman was killed and five other people injured by a man with suspected mental health issues who went on a rampage with a knife in central London in an attack police said could be linked to terrorism.
Tags:
accidentsaustraliahostageterrorism