A man who shot dead two journalists on live TV in the US state of Virginia apparently sent a rambling fax to ABC News describing himself as a "human powder keg" shortly after the attack.

Vester Flanagan, who had been dismissed by the same station, WDBJ7, killed himself after a police chase.

In the fax, a man said to be Flanagan describes suffering discrimination and bullying for being gay and black.

The two people killed were WDBJ7 reporter Alison Parker and cameraman Adam Ward. Station manager Jeff Marks said: "I cannot tell you how much they were loved."

He said Flanagan was an "unhappy man" who had to be escorted from the WDBJ7 building after being dismissed in 2013.

Ms Parker was conducting a live interview with a guest on tourism early on Wednesday in the town of Moneta when the incident occurred.

Suddenly, shots rang out, and viewers saw the camera fall to the ground. Screams could be heard and the footage captured a brief glimpse of the gunman.

The station cut back to the studio - journalists would later have to continue broadcasting on the deaths of two of their colleagues.

Hours later, the gunman posted footage online of himself opening fire at close range, although this was later removed.

The interviewee, Vicki Gardner of the Smith Mountain Lake Regional Chamber of Commerce, is in a stable condition in hospital following surgery.

ABC News said it received a 23-page fax, apparently sent by Flanagan under his professional name Bryce Williams later on Wednesday, in which he said his anger had been "building steadily" and that he had become "human powder keg" that was "waiting to go BOOM!!!!"

The writer says he suffered racism and homophobia at work, and expresses admiration for the teenagers who killed 13 people at Columbine High School in Colorado in 1999.

He said the attack in Charleston, South Carolina, in which nine black churchgoers were killed in June this year, was what "sent me over the top".

Franklin County Sheriff Bill Overton said the ABC fax was being used by investigators, adding: "It's obvious... this gentleman was disturbed in some way."

Late on Wednesday, a representative for Flanagan's family issued a statement expressing their "deepest condolences to the families of Alison Parker and Adam Ward".

"Our thoughts and prayers at this time are with the victim's families and with WDBJ television station family," the statement added.

President Barack Obama repeated his call for tougher gun laws after the attack.

"We're willing to spend trillions of dollars to prevent terrorist activities, but we haven't been willing so far at least to impose some common sense gun safety measures," he said.

However Republican presidential hopefuls Jim Gilmore and Ben Carson have warned against any rush to introduce tougher gun controls.

"We're not going to let this madman take away the lawful rights of Americans to keep and bear arms. We're going to stand up for the second amendment," Jim Gilmore, a former governor of Virginia, told CNN. 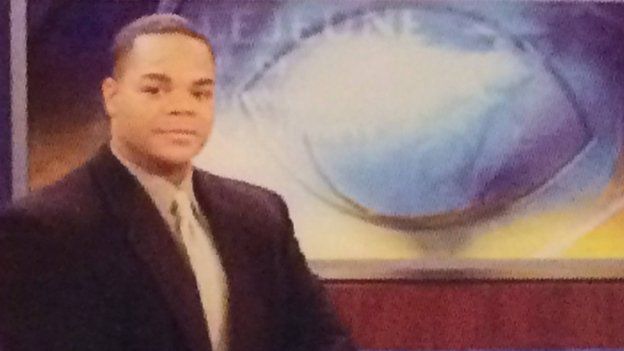 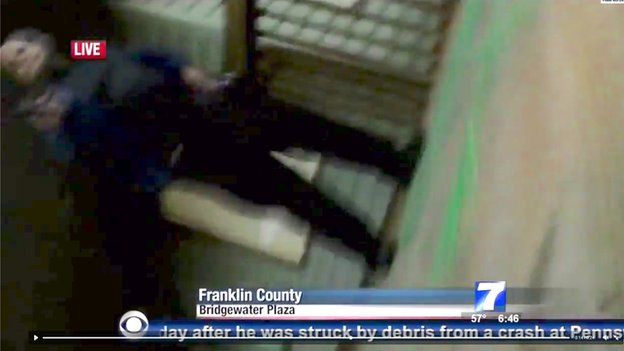 Biker Gang Shootout Kills 9 Outside Texas Twin Peaks Restaurant
Even before the deadly melee started, police were already in place, expecting a ruckus. What they saw was far more brutal than what they had anticipated.

Oregon Town Reels from Classroom Carnage
Residents of a quiet Oregon town struggled to comprehend the carnage left by the latest U.S. mass shooting as investigators puzzled over what drove a young gunman to kill nine people in a college classroom before he died in an exchange of gunfire with police.

Kalamazoo Uber Driver Picked Up Fares Between Killings, Source Says
The man accused of killing six people and injuring two more in a Saturday evening shooting rampage in Kalamazoo, Michigan, was an Uber driver who picked up and dropped off passengers between shootings, a source with knowledge of the investigation told CNN.
Tags:
shootingUS