Its PHAB2 Pro range of phones all have cameras, sensors and software capable of motion tracking, depth perception and area sensing, which means it can learn and produce a 3D map of the inside of a building or space.

The technology will enable advanced augmented reality systems that can recognise objects in the world around the user and overlay information in real time, a feature often called “Terminator vision”, after the1984 film.

Johnny Lee, engineering director at Google said: “Tango enables our devices to sense physical motion and space and, as a result, has the power to change how we interact with our surroundings. We believe that devices with positional tracking functionality will be pervasive and are happy that the PHAB2 Pro will introduce these new capabilities, making your phone even more useful.”

The Tango-infused 6.4in PHAB2 Pro will be available starting in September along costing from $499.

Lenovo also brought out a new flagship modular smartphone, the Moto Z, which replaces the Motorola Moto X as the top of the manufacturer’s line, after the Chinese firm bought Motorola from Google two years ago.

The Moto Z, which comes in two versions including one with Motorola’s shatterproof screen, have a modular design which allows users to magnetically attach additional so-called Mods to the back of the phones. These include a pico projector for displaying images on a wall, an extra battery pack and a set of stereo speakers.

Both smartphones also lack a headphones port, relying solely on USB-C port. The Moto Z has a 5.5in quad HD AMOLED screen, Qualcomm’s top-of-the-range Snapdragon 820 processor, 4GB of RAM, 32GB of storage with a microSD card slot and a 13-megapixel camera, all squeezed into a 5.2mm thick frame. The camera protrudes from the back, however.

The 7mm-thick Moto Z Force has similar specifications, but has Lenovo’s Moto ShatterShield screen protection, as used in the unbreakable screen of the Moto X Force, a larger battery and a 21-megapixel camera.

Both smartphones are expected to be available in September.

Lenovo is not the only one pursuing a modular smartphone design. LG’s G5 has a slot in the bottom for adding accessories that clip in and form part of the phone, while Google’s Project Ara aims to make almost every part of the phone a clip-in module.

The benefit of the Moto Z’s magnetic system, which has pins on the back onto which the modules attach, is that the phone does not need to be turned off to have a new module attached. But whether consumers will buy into the concept of modules - available at an extra cost - remains to be seen. 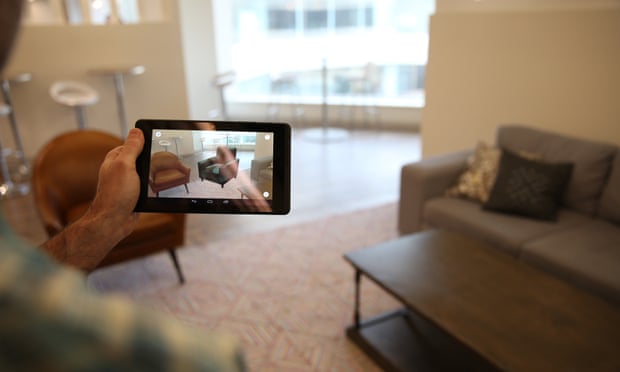 Text by Guardian
We also reccomend

Why Google Just Sold Motorola to Lenovo for $3 Billion
Well this is unexpected. Google is selling Motorola, the iconic handset maker it bought for $12.5 billion in May of 2012, to Chinese PC maker Lenovo for $2.91 billion. Google CEO Larry Page has penned a short note about the sale, but he doesn’t get into details. Here’s why the deal makes sense.

The 5 biggest announcements from Google's Pixel event
Yesterday's Google event was dedicated to how its new hardware and software will blend together. Google started off with an official Pixel phone unveiling, after weeks of rumors and leaks.

The Google Pixel 2 may have a curved display
Google may be planning to put curved screens on its next flagships, the Pixel 2 and Pixel 2 XL.

Google will announce its next smartphone on October 4th
Google has announced that it will be holding an event on October 4th in San Francisco, where it will likely unveil its latest smartphones (which may or may not be released under the Nexus brand).
Tags:
googlelenovosmartphones