Yesterday's Google event was dedicated to how its new hardware and software will blend together. Google started off with an official Pixel phone unveiling, after weeks of rumors and leaks.

That kicked off a focus on software, especially the way Google's new Assistant software will power the Pixel and Pixel XL smartphones and Google Home. Google also showcased its Daydream View, a cozy-looking VR headset covered in fabric. The new 4K Chromecast Ultra made an appearance, as did Google's modular Wi-Fi router system, and Google Home, the AI-powered speaker aimed at Amazon's Echo. 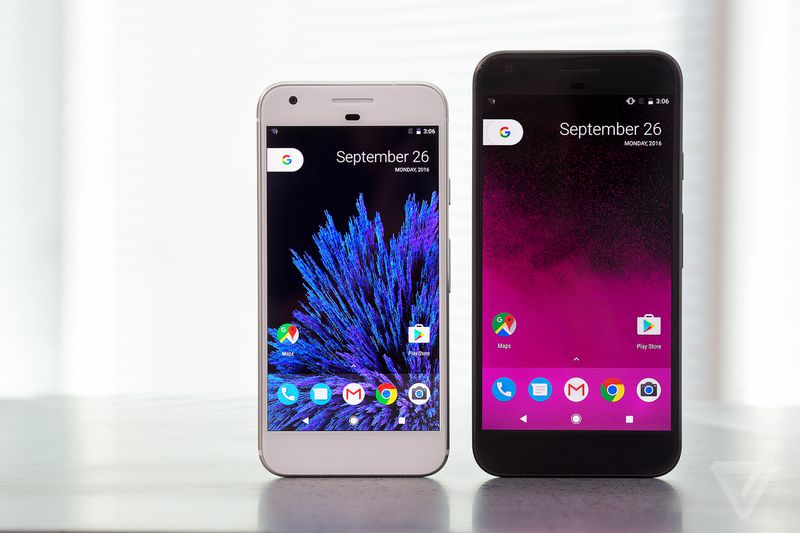 After weeks of leaks, Google unveiled what we were all expecting: the Pixel and Pixel XL smartphones. Both have a similar design and are differentiated mainly by the size of their screens. Google's Pixel includes a 5-inch 1080p display, and the XL features a larger 5.5-inch Quad HD panel. Both devices are built by HTC and are powered by the latest Snapdragon 821 processor, 4GB of RAM, and 32GB or 128GB of storage.

Google has included fingerprint sensors on the rear, and both Pixel smartphones run a specialized version of Google's Android software, which includes support for the Daydream virtual reality headsets and Google's new Assistant software. Google's new Assistant is a key part of the Pixel and of Google's keynote in general, and the search giant took a lot of time demonstrating what the Assistant can do, from answering traditional search queries to reaching into apps to make restaurant reservations or play music.

Google also focused on photography with the Pixel, boasting that DXOMark scored the Pixel camera 89, the highest ever for a smartphone. Google is providing free unlimited storage for Pixel owners so you can store full-resolution pictures and videos on Google Photos. Both Pixel devices will ship with the latest Android Nougat release, and updates will be available immediately. Pricing starts at $649 for the smaller 5-inch Pixel, available for preorder today. Google is also giving out promo codes for Daydream Views with Pixel preorders. 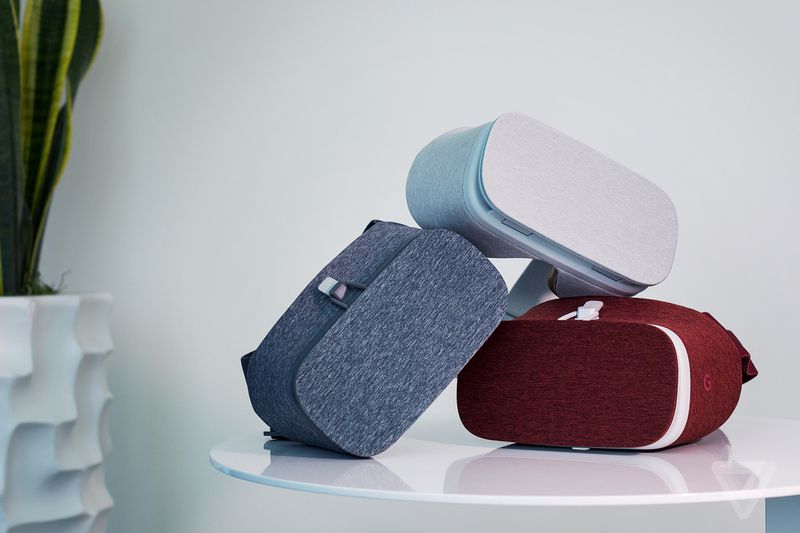 Google unveiled its first headset for the Daydream VR platform today: Daydream View. Compatible with any Daydream-supported phone, the new lightweight headset has been designed to be "soft and cozy," thanks to the fact it's made from the type of fabric you'd find in clothing. Google has worked with clothing designers to perfect the design, but apart from the fabric it looks like a regular VR headset. Google has crafted an area on the headset to hide the remote control away, and it slots neatly into the front of the device.

Like the Pixel unveil, Google spent a lot of time focusing on the software aspects of the Daydream View. There's Google Street View, YouTube, and Google Photos apps that are controlled from the remote. Naturally, you can watch 360 VR videos with the YouTube app, and explore around streets with a click of a button. Daydream View and the controller will go on sale in November for $79. 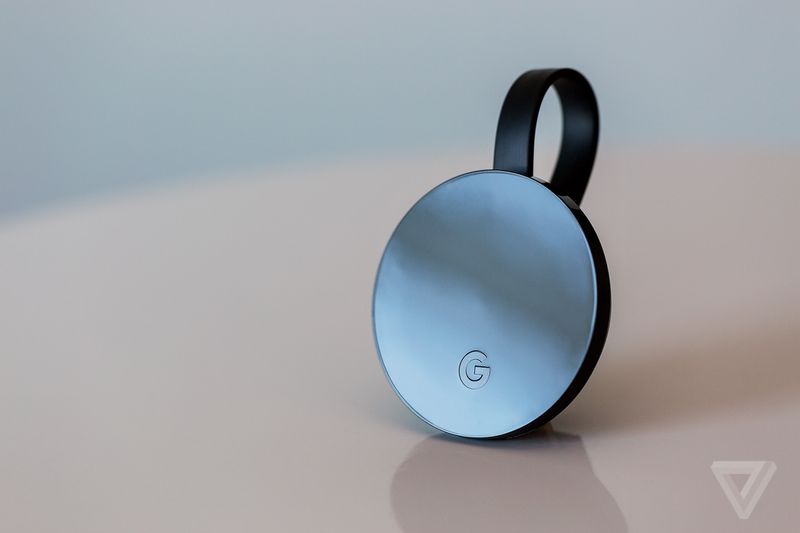 Chromecast got an upgrade with Ultra, a version that supports HDR, Dolby Vision, and 4K content. The basics of the Ultra are largely the same as its predecessors — a disc you plug into your TV — but it now has an Ethernet port integrated into the power adapter. It’s also more expensive, at $69. You can preorder the Ultra in November, and it ships in December. Google Play movies will also start streaming 4K content in November. 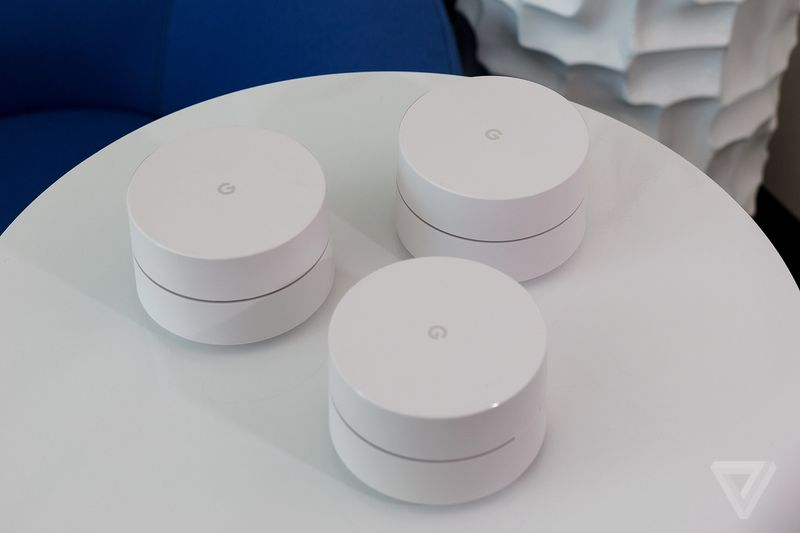 After last year’s foray into router partnerships with OnHub, Google is now making routers itself. The new system, called simply Google Wifi, is a multi-point network similar to Eero, letting you place modular router points throughout your house for maximum coverage. The system manages your connection as you move through the house, optimizing which router you're connected to. You can also actively manage the network through the app — including, in the demo, the ability to kick your kids of the internet by pressing "pause." A single router costs $129, while a three-pack costs $299. Preorders start in November and it ships in December.

Google Home goes on sale next month for $129. Google announced its smart home assistant at I/O in May, but today Google Home finally got a price and a release date. Home will ship on November 4th and cost $129, with a three-pack for $299. That's a very deliberate shot at the Amazon Echo (currently going for $179), and given Google's new smart assistant features, it will be interesting to see how the two products stack up. Home is also designed to work with multiple units in a single house, although the team is still working on support for multiple Google accounts. It also comes with a free six-month trial of YouTube Red.

Text by The Verge
We also reccomend

The Google Pixel 2 may have a curved display
Google may be planning to put curved screens on its next flagships, the Pixel 2 and Pixel 2 XL.

Google will announce its next smartphone on October 4th
Google has announced that it will be holding an event on October 4th in San Francisco, where it will likely unveil its latest smartphones (which may or may not be released under the Nexus brand).