Franceterrorism
A "terrorist" gunman killed 80 people and wounded scores when he drove a heavy truck at high speed into a crowd that had watched Bastille Day fireworks in the French Riviera city of Nice late on Thursday, officials said.

nterior Minister Bernard Cazeneuve said 80 people died and 18 were in a critical condition. Many more were also wounded in the attack along the famed seafront Promenade des Anglais as the fireworks ended just after 10:30 p.m. (2030 GMT).

The driver also opened fire before police shot him dead.

In a pre-dawn address to the nation, President Francois Hollande said he was calling up military and police reservists to relieve forces worn out by an eight-month state of emergency begun after the Islamic State militant group killed 130 people in Paris. The state of emergency was extended by three months.

"France is filled with sadness by this new tragedy," Hollande said, noting several children were among the dead in what he said he had no doubt was an act of terrorism.

He called the carnage, which came as France celebrated the anniversary of the 1789 revolutionary storming of the Bastille, an attack on liberty by fanatics who despised human rights.

France would, nonetheless, continue military operations in Syria and Iraq.

Counter-terrorist investigators were seeking to identify the driver. A local government official said weapons and grenades were found inside the 25-tonne, unmarked articulated truck.

Officials said hundreds were hurt as the driver wove along the seafront, knocking them down "like skittles".

The attack, which came eight months and a day after Islamic State gunmen and suicide bombers struck the French capital on a festive Friday evening, seemed so far to be the work of a lone assailant. Newspaper Nice-Matin quoted unidentified sources as saying the driver was a 31-year-old local of Tunisian origin.

Police were working to establish what accomplices he may have had in a city with a reputation for Islamist activism.

There had been no claim of responsibility made almost six hours after the attack. 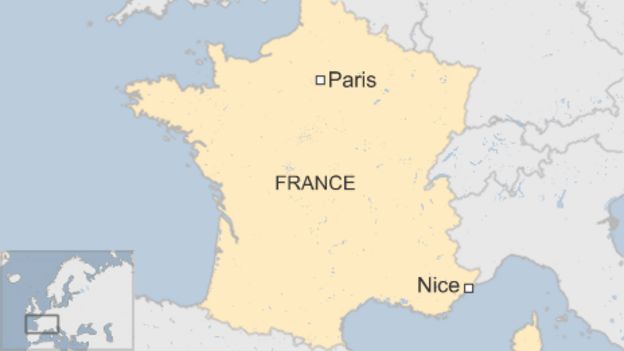 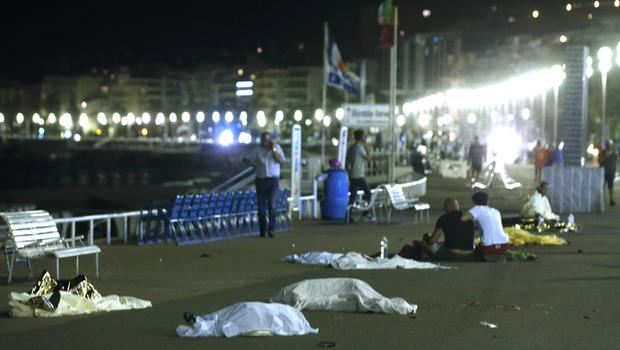 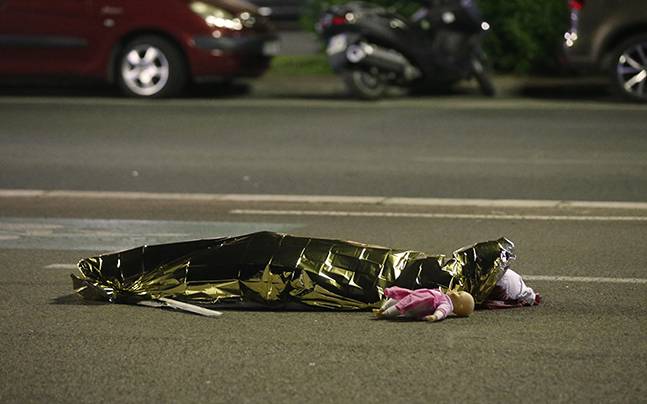 A priest has been killed in an attack by two armed men at his church near Rouen in northern France, police and French media have said.

Paris Attackers Were Versed in Atrocity, IS Video Shows

ISIS has released a gruesome new propaganda video that purports to show final messages from the Paris attackers.

The French authorities said on Wednesday that they had identified the third attacker at the Bataclan concert hall, where 90 people were killed during a coordinated series of assaults in and around Paris three weeks ago.

A hostage situation in the northern French town of Roubaix has ended, with the hostages now safe, local officials say.

Brussels remained under extremely heavy security Monday after police carried out raids around the Belgian capital amid warnings of possible terrorist attacks similar to those that killed 130 people in Paris 10 days ago.