During a visit to the northern city on Monday, Hollande said France will carry out a "full and final" dismantlement of the camp, where thousands of displaced people live in squalid conditions.

"From now on our objectives are clear -- to guarantee the security of the people of Calais, maintain public order and ensure for the migrants and refugees conditions are dignified," Hollande said.

He said he was in Calais to tell the "desperate immigrants" that they will not remain in the camp because "their place is not here."

He added that the government would "protect them as much as necessary."

Hollande said there are at least 7,000 migrants living in the area, according to the latest figures, which were released in August. According to the Calais spokesperson from the Ministry of the Interior, there are 900 unaccompanied minors living within the camp when aid organization France Terre d'Asile (FTDA) last counted.

French authorities have said they are creating up to 12,000 places in small centers across the country to cater for those removed from Calais. The capacity of each center will vary from 100 to 300 people.

The camp is notorious for being a major transit point for migrants, who often hop onto the back of UK-bound cargo trucks in the hope of entering the country. Many in "The Jungle" are reluctant to register as refugees in France because their preferred destination is Britain. 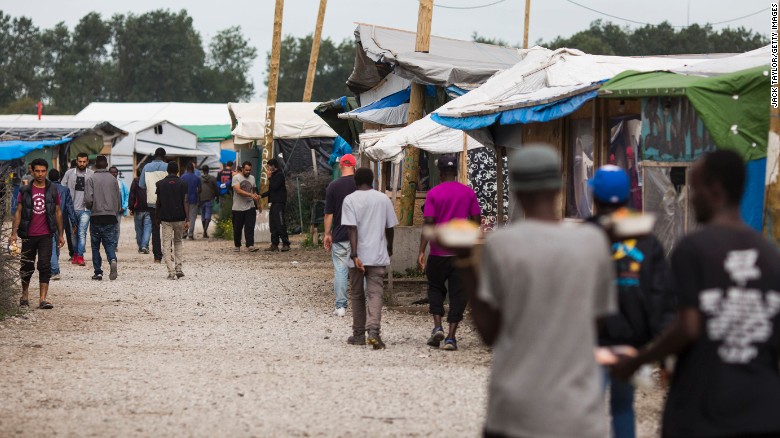 Hollande also called on France's neighbor to support the clearance plan. "I also wish to repeat my determination in seeing the British authorities show their participation in what France is doing," he said.

He said that despite the UK taking a "sovereign decision" to free itself "from its obligations with regards to France" he still believed that the country was bound by its commitments to its neighbors and the EU.

Hollande is not expected to visit the camp during his visit to Calais. Instead, he will meet with security forces, lawmakers and business representatives.

Earlier this month the UK announced it would build a "big new wall" in the French port city as a further attempt to prevent refugees and migrants from entering Britain, British Immigration Minister Robert Goodwill said.

The four-meter (13-foot) high wall was part of a £17 million ($23 million) deal struck between Britain and France earlier this year.
Goodwill said that despite the current security measures -- which also included a fence -- some people were still managing to get through to the UK.

"The security we're putting in at the ports is being stepped up with better equipment. We're going to start building this big new wall very soon as part of the £17 million package that we're doing with the French," he said.

The decision came with controversy as British truck drivers criticized it as a "poor use of taxpayers' money." 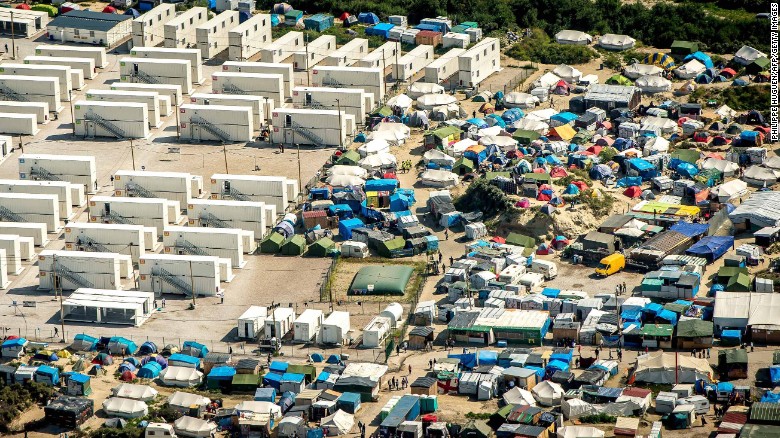 A Spitfire crashed on takeoff during airshow in North of France

A Spitfire crashed on takeoff during airshow at aerodrome of Trois-frontières, Longuyon-Vilette few meters from the public.

Emmanuel Macron has vowed to fight "the forces of division that undermine France" after easily winning the run-off election for the French presidency.

Far-right leader Marine Le Pen's top aide sharply attacked her centrist opponent Emmanuel Macron, who is favorite to beat her for the French presidency, as campaigning for the final round on May 7 got under way within hours of first round results.

The gunman who killed one policeman Thursday night on Paris’s Champs Élysées before he was shot dead was known to police and had been arrested in February on suspicion of planning to kill officers, before being released due to lack of evidence.

They call him the French Margaret Thatcher, a staunch free-market advocate in a dogged crusade against economic stagnation.

A taciturn, tradition-minded former prime minister, François Fillon, emerged as the surprise front-runner in the first round of presidential primary voting among center-right candidates in France on Sunday, advancing to the second round next week against another former prime minister, Alain Juppé, who came in second.