CanadafunnyJustin Trudeaustar wars
Everyone broke out their best Star Wars gear in celebration of May the Fourth (aka Star Wars Day) and Canadian Prime Minister Justin Trudeau was no exception.

The chill AF world leader appropriately chose one R2-D2 sock and one C-3PO sock (they're a team after all) for the occasion and documented his very nerdy sartorial choices on his Instagram story.

And because Trudeau knows what the internet wants, he later posted a closeup of the socks on Twitter, and wished everyone a happy May the Fourth:

Then Twitter, as it does with all things Star Wars, went into freak out mode. 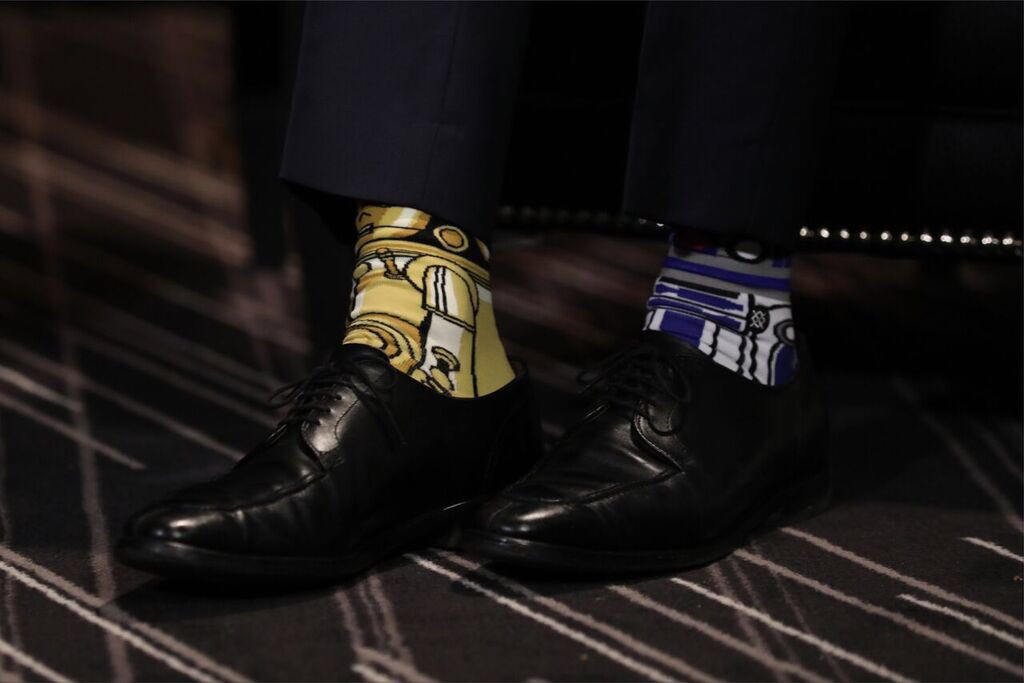 These are the socks you’re looking for. #MayTheFourthBeWithYou#GuerreDesÉtoilespic.twitter.com/AXTQkgmkYH

A gunman killed at least 16 people, including one Mountie, during a weekend shooting rampage in small-town Nova Scotia, the Royal Canadian Mounted Police said.

Sexy snaps of the Canadian prime minister’s ripped torso have been shared thousands of times on social media. One of the pictures shows him with a blue, sleeveless lumberjack shirt undone at the front, revealing an impressive six-pack as he gazes alluringly into the camera.

Canada voted in its first new leader in 10 years in a general election that handed Justin Trudeau's Liberal party an absolute majority -- and dealt a stunning blow to incumbent Prime Minister Stephen Harper.

30 Things British People Say Vs What They Actually Mean