alexaamazonamazon echonucleus
When the investment arm of Amazon’s Alexa division led a $5.6 million investment in his startup, Nucleus founder and CEO Jonathan Frankel was ecstatic.

On Tuesday, Amazon announced its latest voice-controlled device — the Echo Show — which does all the things that other Alexa gadgets do, plus a few important new capabilities. Namely, the gadget can serve as a home intercom system and video-conferencing tool like FaceTime or Skype, because it comes with the combination of a touchscreen and video camera.

That’s bad news for Frankel, since the Nucleus product is basically the same thing: An Alexa-powered tablet computer designed to be a dead-simple home intercom system and video conferencing tool, too. 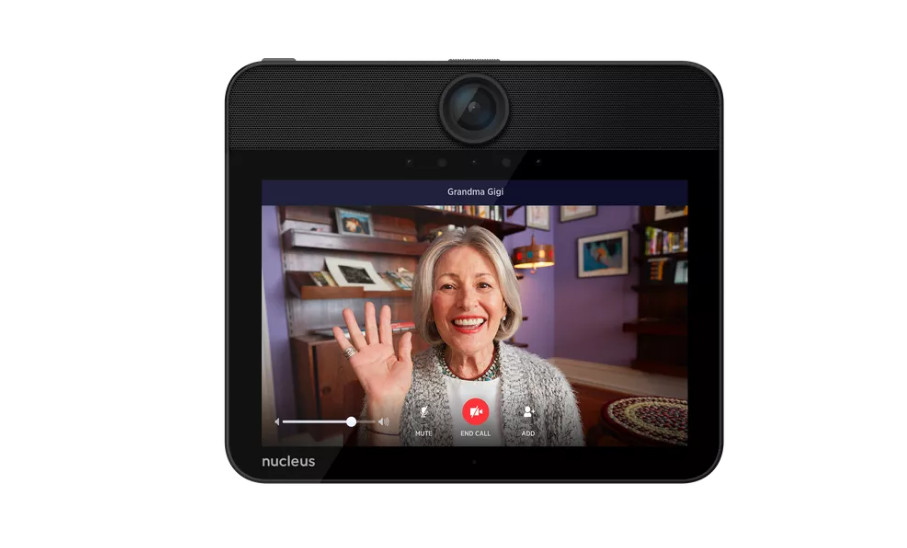 But to make matters worse, Amazon’s launch video focused a ton on the communication features at the core of Nucleus’ vision, rather than the e-commerce, smart-home or entertainment capabilities that the Echo Show also possesses.

“The degree to which communication is a core functionality of the device is pretty astonishing,” Frankel said in an interview with Recode on Tuesday afternoon. “Their thesis is what our thesis was: Communication is that Trojan horse to get those devices throughout the home and throughout the extended family’s home.”

“The difference is,” he added, “they want to sell more detergent; we actually want to help families communicate easier.”

Frankel knew this outcome was a possibility, since an Echo with a screen had been rumored for some time; Recode reported in March that intercom and voice-calling features were coming, too. But he’s still surprised by the brazenness with which Amazon has gone after one of its own portfolio companies.

“They must realize that by trying to trample over us — a premiere partner in the Alexa Fund ecosystem — that they are going to really cripple that ecosystem and put a warning out for others,” Frankel said.

“If they’re really willing to threaten that,” he added, “it must be a huge opportunity.”

An Amazon spokeswoman didn’t respond to a request for comment.

For would-be Amazon partners, this is just the latest cautionary tale about the risks of doing business with the online retail giant: No matter what the company says, there are no equal partnerships when Amazon is involved.

The move will also likely deal a blow to the Alexa Fund, the investment vehicle through which Amazon has been supporting startups building products and services to be controlled by voice.

So what comes next for Nucleus? Frankel says his startup will continue — at least for now — selling its product on Amazon. It is also sold on Lowe’s websites and in its stores.

And Nucleus now has added incentive to land new partnerships with some of Amazon’s tech and retail competitors — think Google, Walmart or Target — which Frankel believes have good reason to be more nervous than ever about Amazon’s increasing foothold inside American homes.

“We have the resources and the thinking to help some of these retailers fight back,” he said.

Walmart and Microsoft team up to fight Amazon

Under a five-year deal announced Tuesday, Walmart will boost its use of Microsoft's cloud services and work with the tech firm on artificial intelligence and machine learning projects.

Amazon announced its intentions to launch the Echo down under during its big AWS Re:Invent show back in November. Details were pretty light on the offering at the time, but now the company’s back with specifics a few weeks ahead of availability.

Nike is planning to start selling directly through Amazon

Sportswear giant Nike is planning to open a store on Amazon.com, CNN reports. Mark Parker, Nike's CEO, reportedly confirmed that the duo are currently testing out a partnership.

Whole Foods Market has delivered on many attributes key to millennial shoppers, yet has not established itself as their grocery store of choice. Despite investment and innovation against this key demographic, Whole Foods has yet to crack their code. Acquisition by Amazon may close the gaps needed to make Whole Foods Market millennials’ retailer of choice.

Amazon.com Inc has stepped up lending to third-party sellers on its site who are looking to grow their business, a company executive said in an interview on Wednesday.

Amazon has released an explanation of the events that caused the big outage of its Simple Storage Service Tuesday, also known as S3, crippling significant portions of the web for several hours.