Future Travel Destinations to Get Excited about Today

tourism
With companies like Virgin Galactic and Space Expedition Curaçao promising the first flights to outer space sometime around 2014, spave travel is almost a reality.

But if it's amazing new experiences you desire, don’t write off Earth just yet.

Some upcoming new destinations include an underwater hotel in the desert, a huge al fresco extension to Las Vegas and a private island Marlon Brando kept to himself for more than 40 years. 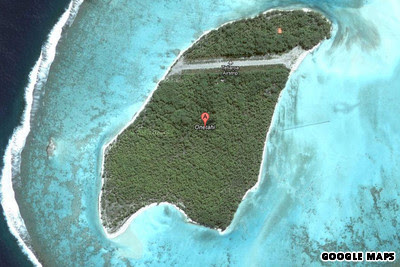 Marlon Brando might well turn in his grave when The Brando opens. Friends say that the resort plastered with his name and located on an island he bought as his private sanctuary, would have been the last thing that the actor would ever have wished for.

It won’t be the first hotel on Tetiaroa, the island bought by the Oscar-winner back in 1965. Brando and his third wife, Tarita Teriipia ,opened a hotel on the island where he enjoyed spending time for more than 25 years.

But in 1990, family tragedy struck. Brando's son Christian killed the boyfriend of Brando’s daughter, Cheyenne, who then committed suicide in Tahiti five years later. The star never returned to the South Pacific paradise after that.

Developer Richard Bailey, who paid US$2 million for an interest in the atoll, had discussed creating an eco-resort with Brando before his death in 2004. The actor’s wishes for a focus on sustainability will be respected.

The resort will generate its own energy and keep all 35 villas away from the beach. Two “six-star” restaurants and a spa overlooking a freshwater lagoon are also promised.

Opening: To be confirmed

Perhaps bored of building extravagances above ground, developers in Dubai are turning to the deep to attract guests with an ambitious luxury hotel nine meters below sea level.

The Water Discus Hotel will have bedrooms surrounded by aquarium-style windows and guests will have the chance to dive. An underwater diving center will be available for lessons.

This being Dubai, you can still expect some ostentatious action above the surface. Sci-fi-style disc structures will contain a spa, garden and pool for those who prefer to swim while catching a few rays.

What’s really new about the hotel is its kinetic powers. The complex can rotate underwater and can also rise to the surface in as little as 15 minutes if repairs or an evacuation become necessary.

Expect more underwater hotels after the Water Discus -- at least three are already on the drawing board, in Fiji, Turkey and elsewhere in Dubai.

A new rival to Bali and Lombok has been dreamed up by the Indonesian government. The Thousand Islands -- or Pulau Seribu -- in the Java Sea north of Jakarta, is a new area under development to attract tourists who have had their fill of other "paradise islands" in the archipelago.

Indonesians are lucky in having prime, virgin real estate in their portfolio, and Pulau Seribu are said to enjoy excellent beach, reef and water quality.

For now, there are only cottages on this set of several hundred atolls, some of which are submerged completely by the tides, but the first super-duper resort is under construction.

The Reef, on Karang Beras, will open in 2013, offering the kind of water villas with which the Maldives made their name, plus a five-star restaurant and unlimited use of jet skis and other water sports equipment.

The Linq is a new dining, shopping and entertainment district being created to complement the hotels, theaters and casinos of the Strip.

But it's the mammoth Ferris wheel that's stealing the show. Appropriately named the High Roller, the wheel is 158 meters in diameter and eclipses both the London Eye and Singapore Flyer.

Predictably, couples are already queuing up to get married in one of the 28 glass cabins, each of which will be able to hold up to 40 people.

Caesars Entertainment aims to make Las Vegas the pedestrian-friendly place it once was with The Linq. It will connect to several Caesar-owned resorts via pathways, and is due to open in 2013 at a cost of US$550 million.

Baha Mar, the original getaway island which was the height of chic before the Caribbean overtook it, is being made over for the 21st century.

It is being developed at a cost of US$4.8 billion on the north coast of Nassau and is the biggest new-build in the Bahamas since the Atlantis on neighboring Paradise Island 18 years ago.

It looks kind of monstrous, with 2,200 new rooms going up in tower blocks which will also house 307 private residences, and a 9,000-square-meter casino to rival the biggest in Las Vegas.

Yet “authentic Bahamian culture” is also promised by the developers and there’s no doubting the white powder sands of what used to be called Cable Beach.

What makes it different from any other new resort? A beachfront sanctuary fostering native flora and fauna in a lagoon, a lake which puts on its own kinetic colored light shows at night and a private island for the exclusive use of those who want to escape the masses.

6. Pier of the future in Florida, United States

Opening: To be confirmed

The derelict St. Petersburg pier in Florida will be transformed by award-winning architect Michael Maltzan into a futuristic eco-wonderland, dubbed The Lens, with bridges, arches and pathways which loop around and interconnect with each other in a scenario reminiscent of a setting from "Futurama."

The idea of The Lens is to bring pier-walkers -- and cyclers, and runners, who will share a “civic green” much broader than a traditional narrow pier -- closer to the water than when they were perched on high, and create a cove calm enough for kayaking and boating.

Turbines will capture wind energy, creating a clean, green new leisure area. As for recycling, remains of the old pier will be used as the foundations of a new tidal reef and oyster beds.

With Virgin Galactic set to begin commercial service in 2014, space travel has finally become a reality. The pioneering firm is open for bookings and has amassed a cool US$70 million in deposits from more than 500 people desperate to go stratospheric.

Flights travel 100 kilometers into orbit -- high enough to allow that magical astronaut’s view of the Earth’s curvature -- and are on offer for US$200,000 from Virgin, who will carry six passengers and two pilots in their SpaceShipTwo, which is currently under testing.

It will launch from New Mexico, appropriately enough -- the state has been associated with aliens ever since the Roswell sightings of 1947.

Expect a price war soon; five other firms are in the wings to run space flights. So far, none are promising to fly us to the Moon.

Before planning a trip at your go-to travel site, make sure you get the best deals with these expert tips.