This revelation comes from China’s Economic Daily News (via DigiTimes), which claims sources at massive iPhone chipset maker TSMC have revealed the iPhone 8 display will transition to an elongated 18.5:9 aspect ratio just like Samsung’s Galaxy S8 and LG’s G6.

The move makes sense: this aspect ratio allows manufacturers to increase the size of a smartphone display while keeping it narrow enough to hold one-handed and still use the keyboard comfortably. The downside is it requires app makers to redesign their user interfaces while navigation at the top of the display (like the Back button in iOS) becomes harder to reach.

All of which lends further credence to the introduction of a MacBook Pro-inspired all new ‘function area’.

But this isn’t all TSMC sources had to share. In addition The Economic Daily News reports them as saying Apple will indeed scrap the home button and integrate Touch ID into the display (a major question until now).

Furthermore the phone “will also come with invisible infrared image sensors to enhance the functionality of [the] high-pixel camera and to enable AR applications.” While camera improvements come with every generation (to a greater or lesser degree), AR is a new long term play which Tim Cook has already publicly stated will become a big focus for Apple.

In fact AR is said to be behind the widely leaked switch from horizontal to vertically aligned rear cameras because this becomes a horizontal alignment when the phone held in landscape - the traditional orientation for VR.

Interestingly The Economic Daily Times says TSMC became very chatty about Apple’s plans at its own ‘2017 NA Technology Symposium’ which it held in Taipei on May 25th. And if manufacturing partners now feel confident about Apple’s big plans, then clearly for Apple it is full steam ahead… 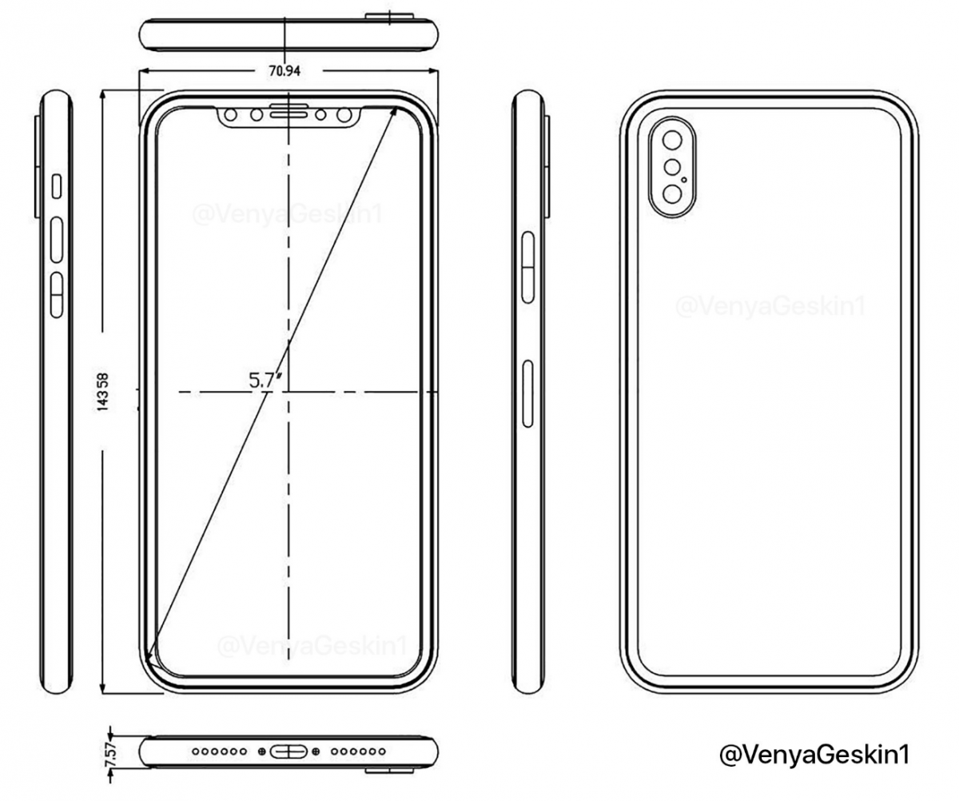 Text by Forbes
We also reccomend

iPhone 7 Leak Reveals Significant Design Changes
Apple is taking a big gamble with the iPhone 7. The headline change will be the controversial removal of the headphone jack, but it doesn’t stop there.

Apple iPhone 6 Photos Leaked, Samsung Group May Need to Worry
It was long rumored that the new Apple iPhone will feature a larger 4.7 inch display but there was no way of knowing for sure as the iPhone 6 looks and specifications had been a well-kept industry secret. Until now, that is.

Don’t Set Your iPhone Back to 1970, No Matter What
AN IPHONE BUG has arisen, as they do from time to time, that will render your device completely unusable. In this case if you set its clock to January 1, 1970, it’s brick city
Tags:
appleiphone